First the cocoa recipe.
It was incredibly rich,  since the majority of it is melted chocolate.  Next time I make it I might use half the chocolate,  a little extra wine (maybe) and definitely some extra milk. Despite the richness,  it was delicious and I will definitely make it again.


And the scone recipe?
It makes a lot... my blender could barely handle it. It requires a ton of flour to roll it out.  I added 1cup of frozen (store bought ) raspberries to the original recipe,  since the alternative recipes all involved adding cheese I didn't have on hand.
The result?  A bit crunchy for the first pan and bready tasting but still very good. If you aren't big on sugary foods this is a great recipe for you.  Coupled with a large glass of milk or coffee and you'll be set till lunchtime.
For my second pan I only baked them for 20 minutes instead of 30 and they came out a lot better.  I also adjusted the rack lower so it was better centered in the oven. Hope you all enjoy these recipes as much as I did!

So,  I am almost done with my gift knitting.  The projects I have waiting to be made after my gifts are done are: 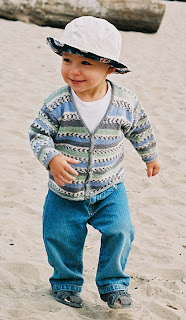 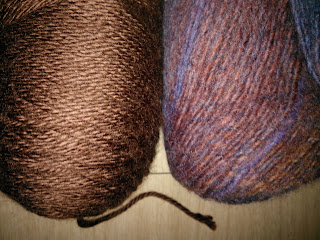 With this yarn. Chocolate brown will be the edging.
Pattern here. 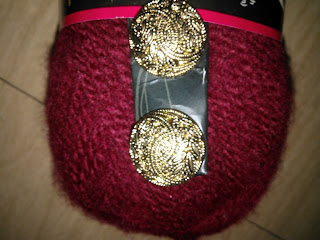 With this yarn and buttons.
Pattern here.

Also, the best Christmas gift I got?  A gift card to a yarn store.  I am planning on getting Marigold colored yarn to make a sweater for myself so any of your pattern suggestions would be greatly appreciated.  I have been searching through sweater and cardigan patterns but nothing has really wowed me yet.

I have an FO and a finished book this week! I've woven in my loose ends and already have the scarf wrapped.

Email ThisBlogThis!Share to TwitterShare to FacebookShare to Pinterest
Labels: book, Knitting in the Details, Louisa Harding, Nina, yarn along

I'm pretty late in plastering my opinion on this tragedy across the internet, although with my page devoted to 2nd Amendment rights you can probably already guess what I have to say.

However, I think that a statement Morgan Freeman made is along the same thought process as my own, so I will share that part of it with you.

"You can help by forgetting you ever read this man's name, and remembering the name of at least one victim. You can help by donating to mental health research instead of pointing to gun control as the problem. You can help by turning off the news."
As an employee on a geriatric psychiatric unit, I really think he hit the nail on the head. So many people come through our doors desperate for validation. I had a bipolar patient tell me last year that her family avoids her, and essentially abandoned her because they are afraid of her disorder. Her own family! Can you imagine what that must be like? I don't know what Friday's shooter had going on in his life, but people with mental disorders definitely need more help than what they are getting. I have so many patients, regardless of their diagnosis, who will break down in tears and say they just want someone to love them and accept them, including their own family members. One of my patients burst into tears saying,  "I just want my children to hug me again. "
Friday's tragedy had nothing to do with gun laws. The shooter used a weapon that is already illegal in a state with incredibly strict gun laws. Criminals will not follow the law. It's what makes someone a  criminal in the first place. No, this was about a man with a mental health issue. Whether it was for the notoriety, for people to finally care (regardless of the positive or negative attention), if he had auditory hallucinations telling him to do it, or if he was actually sincere in trying to inflict as much pain on young children and families as he possibly could, I will never know.
We need to reach out to troubled individuals and get them the help they need.
Please pray for the victims and their families:
Charlotte Bacon, 6
Daniel Barden, 7
Rachel Davino, 29
Olivia Engel, 6
Josephine Gay, 7
Ana Marquez-Greene, 6
Dylan Hockley, 6
Dawn Hocksprung, 47
Madeline Hsu, 6
Catherine Hubbard, 6
Chase Kowalski, 7
Jesse Lewis, 6
James Mattioli, 6
Grace McDonnell, 7
Anne Marie Murphy, 52
Emilie Parker, 6
Jack Pinto, 6
Noah Pozner, 6
Caroline Previdi, 6
Jessica Rekos, 6
Avielle Richman, 6
Lauren Rousseau, 30
Mary Sherlach, 56
Victoria Soto, 27
Benjamin Wheeler, 6
Allison Wyatt, 6

Apologies for the screwy formatting. I can't figure out how to fix it.
Posted by Christine N at 1:15 AM
Connecticut Tragedy
2012-12-16T01:15:00-06:00
Christine N
2nd Amendment|Connecticut shooting|mental health|
Comments

As promised, I finally have time to write about traveling with an infant. I would like to begin by letting you know that because my littlest is very good natured and isn't usually too fussy, my experience was probably easier than others. It doesn't take much to keep him happy.

Security does not make you go through the body scanners if you have a baby with you. That being said, I missed my first flight anyway and spent four hours in the airport waiting for the next flight out. My son was unfazed at spending all that time in the airport (so thankful I didn't do this with my two year old!) since I laid out my coat on the floor and let him stretch and play while waiting so long.

Once we got on the plane we had to wait for them to de-ice the plane and he started getting fussy. I tried to make him hold out so I could feed him during take off but it was pretty clear he wouldn't last, and I didn't want to disturb the other people on the plane. I fed him and then popped a pacifier in his mouth, and he fell asleep. For the entire flight. Since he was sucking on something the pressure changes didn't even wake him up.

The trip back was different. He did fine for the first flight since he took a pacifier for me but I had a connection that I pretty much had to run to make on time. By the time we got to our seat, my little one and I were overheated and we had a middle seat in a group of three so we were really cramped. Then he had a screaming panic attack.

I was stuck between a young man and a heavier middle aged man and they had pretty nervous looks for me when I arrived late and with a baby. And then he started screaming. I was horrified. He wouldn't nurse or take a pacifier. I tried singing since that helped during the first flight. He wouldn't have any of it. He was screaming inconsolably. Then I stripped him down to his diaper, turned on the fan above us, held him tight, and he calmed down enough to take a pacifier. He didn't nurse until half way through the flight. He was awake for take off, sleeping for landing.

I was very impressed with how my 4 month old handled all that stress. I can say pretty confidently that if he was a fussy baby I would never want to attempt air travel with a baby. The key though was to give him something to suck on and stay calm. If you panic, the other passengers probably will too.

I did get a lot of compliments from my fellow passengers at how well he (and I) handled everything. This could have been a very stressful experience and I am very grateful my little one handled it so well.
Posted by Christine N at 12:29 AM
Air Travel & Infants
2012-12-15T00:29:00-06:00
Christine N
baby|planes|travel|
Comments

Another week working on the Nina scarf, House of Mirth, and the Catechism. I finished the hat/head band set as well. My friend loved the gift.


Since I was flying with the baby last weekend I will be writing about that whole experience before this weekend. Stay tuned.

And the Nina scarf for your viewing pleasure. I have the first half done, the second half 1/2 done, plus I need to make the flowers. I'm basically almost done. 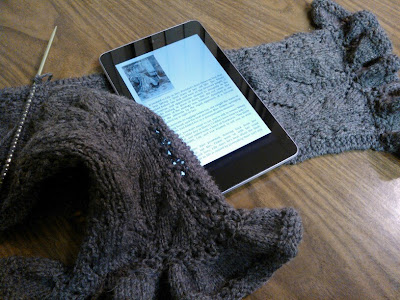 I've been working on the ear warmer for my friend to match the hat I made for her daughter. This is how far I am: 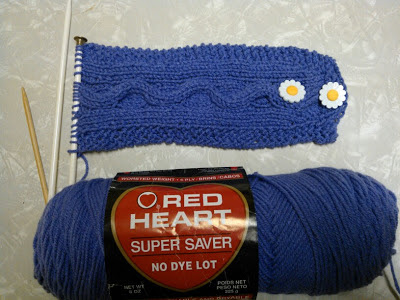 I would be done already if I didn't work over the weekend. I can't decide if it would look too juvenile if I added a knit daisy to it somewhere, if an extra flower would be overkill. I like to think I'm a less-is-more kind of girl, and that it will look fine with just the buttons it already has for embellishment. Thoughts?

Still reading House of Mirth. Still enjoying it a lot. Still reading the Catechism as well. I think it is more of a learning experience than anything else for a convert like me.

I love the cold weather. I would live in the North Pole if I could. I went winter camping for a week back in high school and we didn't use tents. Or stoves. That is how much I love cold weather. I've been taking the boys on many long walks and I think they like it too. I throw them in the stroller with a fleece blanket and a quilt and they keep each other very warm. Sometimes they fall asleep, like what happened yesterday evening with the baby: 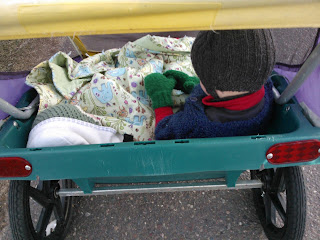 Conversation I had with my son on our walk:
"How come you won't take a nap today? Aren't you tired?"
"No!"
"You didn't drink my coffee this morning did you?" (Joking with him of course.)
*He turns around and smiles at me mischievously*
"You didn't steal my coffee this morning when I wasn't looking, did you?"
"Yeah!"
Well that would explain a lot, although he does tell us what he thinks we want to hear sometimes so I can't be too sure how accurate this response was. At any rate, he cracked me up.

Happy yarn-ing and have a wonderful week!

Please do not use any of the personal photos on this blog without my consent. Thoughts and opinions expressed are my own.

Link-Ups I Participate In: